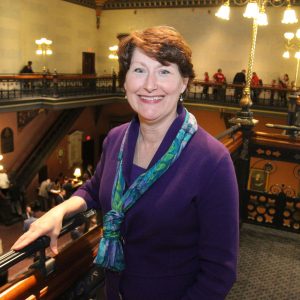 Helen Munnerlyn is the executive director of Leadership South Carolina, the state’s oldest and most-respected leadership development program. During her tenure she has built the organization’s endowment so that what once was a government entity is now a thriving, self-sustaining, independent non-profit.

Class projects in the past decade have provided more than a half million dollars to worthy causes. More than 80 percent of LSC alumni serve the state whether it be in the General Assembly, local government or on the boards of non-profits, schools and faith-based organizations.

Helen, a 2005 graduate of Leadership South Carolina, and has a bachelor’s in Journalism from the University of South Carolina. She directed communications for the South Carolina Department of Commerce during the Campbell, Beasley and Hodges administrations and served on the Gov. Mark Sanford’s Management Accountability and Performance Commission. She has also worked for the South Carolina Press Association and The Associated Press.

Helen is a graduate of the Governor’s EXCEL Leadership Institute, Leadership Columbia, and the Riley Institute Diversity Leaders Institute. A member of the state Economic Developers Association, she is former president of the South Carolina Organization of Government Information Officers and Media Women of South Carolina. She is on the board of Sustaining Our Seniors and serves on the Columbia Municipal Election Commission.